Discover The Top Selling Products on Amazon in 2020

In the past we researched what the top selling items on eBay were, providing concrete data and actionable insights. Today I would like to do the same for those of you selling on Amazon. Being exposed to which items are top sellers on Amazon and why is very important for any seller to understand in depth. In this post I will share:

Trying to understand which items are best selling on Amazon and why can seem daunting and that is why I recommend starting at the source, that is beginning with Amazon itself. Amazon as opposed to other online selling platforms, has a high awareness of how dynamic e-commerce is and as such offers sellers a fantastic resource:

An hourly updated list of best sellers on Amazon!

Toys & Games as a category has top selling potential as children are some of the most excessive consumers on the market. When it comes to selling toys it is important to keep an ear to current fads and trends as this is a very dynamic category.

I don’t understand why Amazon categorizes Anti-Chafe Balm as a toy but regardless of category this is a great example of a top selling product in what I call ‘Medical, Health and Wellbeing’, this category tends to be a timelessly top seller both on Amazon and other e-commerce sites as people are constantly concerned about their health and wellbeing and are willing to shell out cash in order to feel good.

Gadgets in general are a hot, top selling category especially these days when people are constantly looking to be up to date. That said, this is a very volatile category and trends rain supreme. One day ‘Alexa’ is at the top of the charts and the other it is the Apple watch. A clear pattern in my opinion though is technology which uses some form of AI or Artificial Intelligence like Alexa or technology which supports human activity like the Apple watch.

The Fulifilm INSTAX made it into one spot in the Electronics category and holds all three spots in the Camera & Photo category. This is the only product on the list which the product itself or its complementary add-on (in this case instant film) takes up 4 spots! This is an extremely well selling item!

But in my opinion, the item itself is less important than the social context. As you know ‘selfie’ culture is rampant as well as an entire generation of people who want everything and they want it now. This very relevant facet of current western culture has a large bearing on top items selling on Amazon. Today Fujifilm is very popular due to its instant and ‘selfie’ capabilities. But once we understand why this product is so successful we can begin to make educated speculations about future top selling items on Amazon such as selfie drones for instance.

It is very telling that two thirds of the items in this category are ‘gift cards’ and not specific games. Here too we can see social trends impacting best selling items on Amazon. Customization and personal taste in the world of commerce are very trendy. When people buy a gift for a teenager for example, they do not want to tell him or her which game to like but rather give them the free will to decide. Items which offer this type of fluidity are seeing an upsurge in popularity.

As far as Donkey Kong for Nintendo goes, this is a ‘classic game’ on a classic ‘console’ and these types of retro games such as ‘Mario Brothers’ and the like will always be popular.

Here let’s examine these titles and why they are popular:

Yoga has long been part of new age western yuppie culture as are other products such as Yoga mats, goji berries and a variety of other Far Eastern influenced items.

Stylish and comfortable shoes such as ‘Crocs’ and now ‘Native Jeffersons’ are here to stay. People like the bright colors, comfort and perceived stylishness of these accessories.

Once we looked at specific items on Amazon and analyzed why these are currently ranked as top selling items, I want to move your attention to a case study of Amazon’s past fiscal quarters in general and specifically Q2 2017. By looking at this data we can learn from the past which will provide us with probable indications for the future.

Q1, 2 and 3 are typically slower months when selling on Amazon in comparison with Q4 (October 1st to December 31st) but looking at recent data which shows peaks in sales in Q2, 2017 – it would seem that shopping habits on Amazon are shifting. 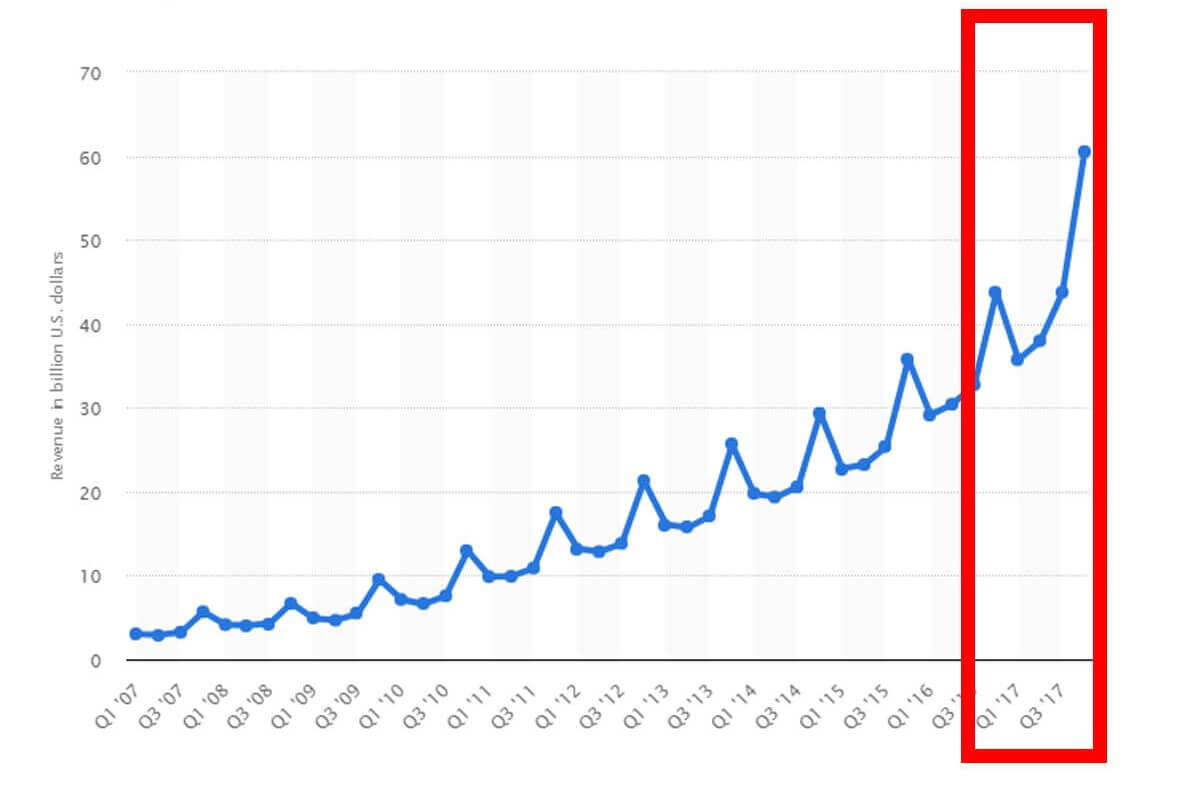 The key statistics here which can better help us understand and prepare for these changes are: Revenue on Amazon for Q2, 2017 was $37.9 Billion which is $8 Billion more or a 25% increase when compared with Q2, 2016.

This data tells us that Q4 is still in the lead but Q2 is creeping up from behind and sellers should be seeing a flashing neon light which says:’start paying attention and focusing on Q2!’.

It is both interesting and useful to understand which products are top sellers in which quarters. Most sellers on Amazon don’t think about timing except for holidays maybe – but time of year has a larger bearing than one might think on which items are top selling on Amazon. Timing is everything in life but more importantly on Amazon! 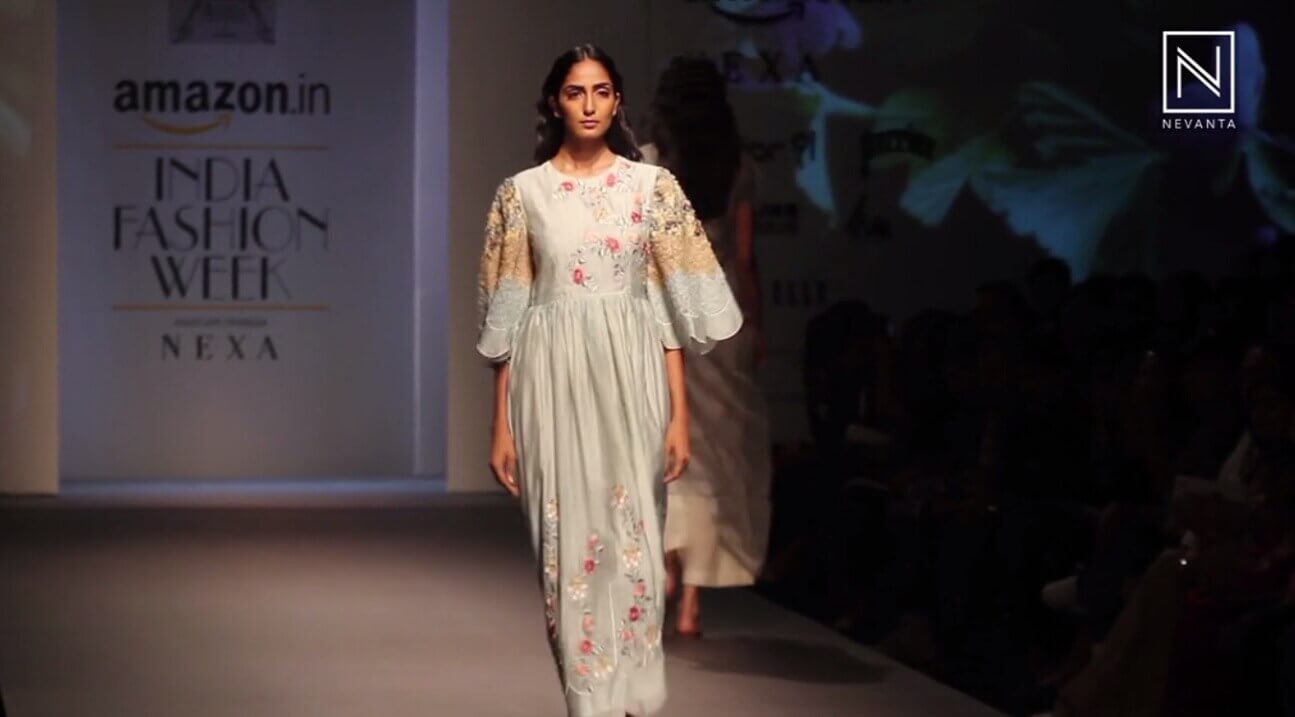 Spring has long been the king of fashion and it turns out that spring correlates with Q2 (April 1st to June 30th). The mantra Fashion = Spring is a long standing cultural norm as this season symbolizes rebirth which in consumer culture means shedding last year’s collections in favour of whatever is ‘a la mode’. And as online consumer culture mushrooms, fashion is becoming one of Q2’s top sellers on Amazon.

Fashion is becoming one of Q2’s top sellers on Amazon.

Amazon understands this trend and is embracing it by among other things hosting Amazon Spring fashion shows across the globe such as the one recently held in India (pictured above).

Major fashion brands are also riding the wave such as Gucci which saw a 40% increase in sales in Q2, 2017, weighing in at a whopping $1.8 Billion in sales.

Other contributing factors to fashion’s prominent positioning on Amazon in Q2 include:

Q2 also sees an upsurge in the sales of products which are related to gardening or which are environmentally friendly. This is due to the fact that people are spending more time outdoors and the world is in bloom.

In winter, products which reduce energy consumption have higher sales on Amazon.
In spring and summer products produced in environmentally friendly ways as well as biodegradable products lead the way 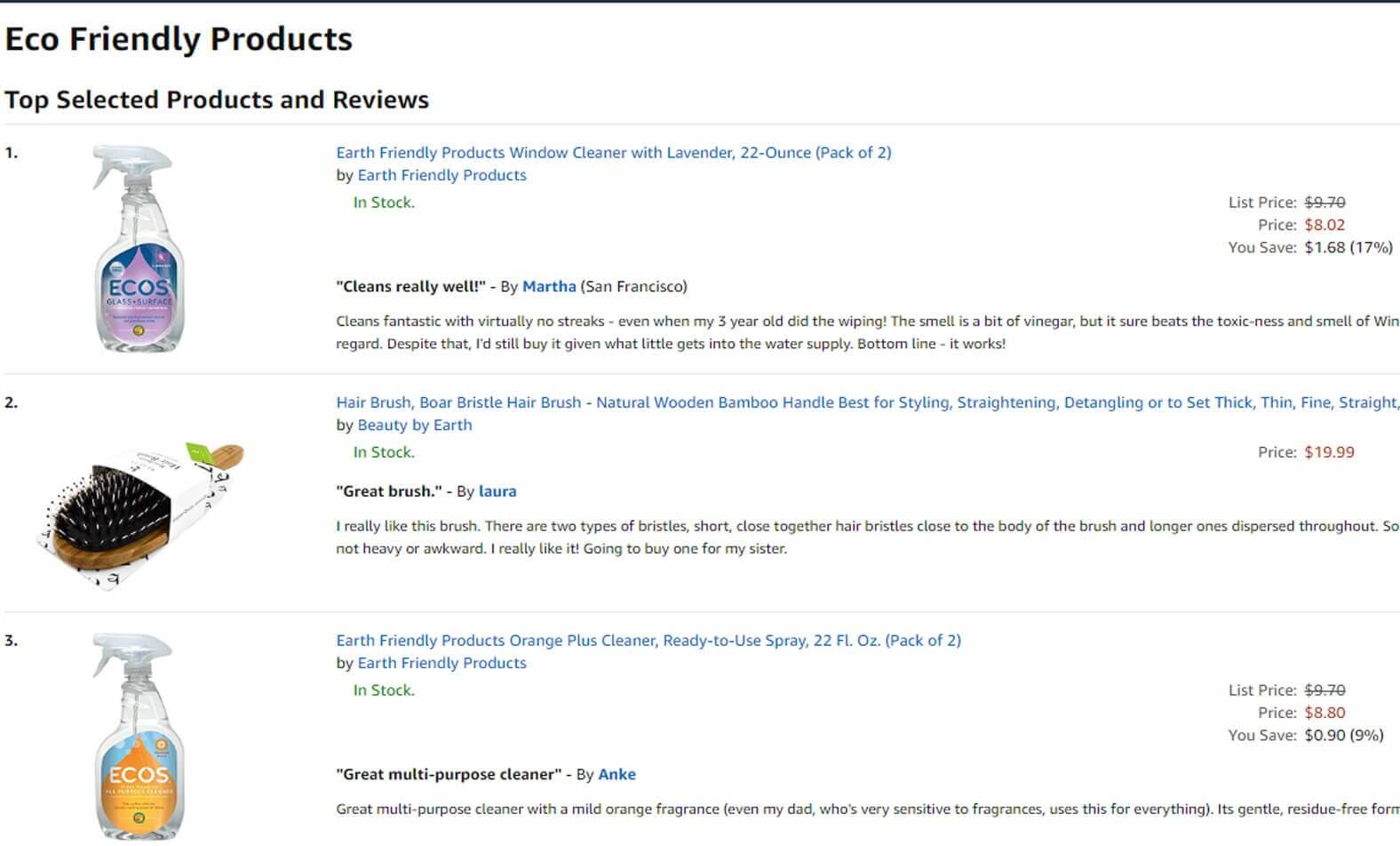 It is worth mentioning that the target market for these type of products tend to prefer buying from smaller, family run, local suppliers with:

As I already mentioned and as most of you know, spring and summer is when people, especially in America spend a lot of time outside – this means two categories beyond gardening also get a boost in this period:

Despite having fat profit margins, larger more expensive items are such as BBQ grills or lawn furniture sets tend to be harder to sell on Amazon. But items in the $10-$50 range make for top sellers on Amazon and in this category include: 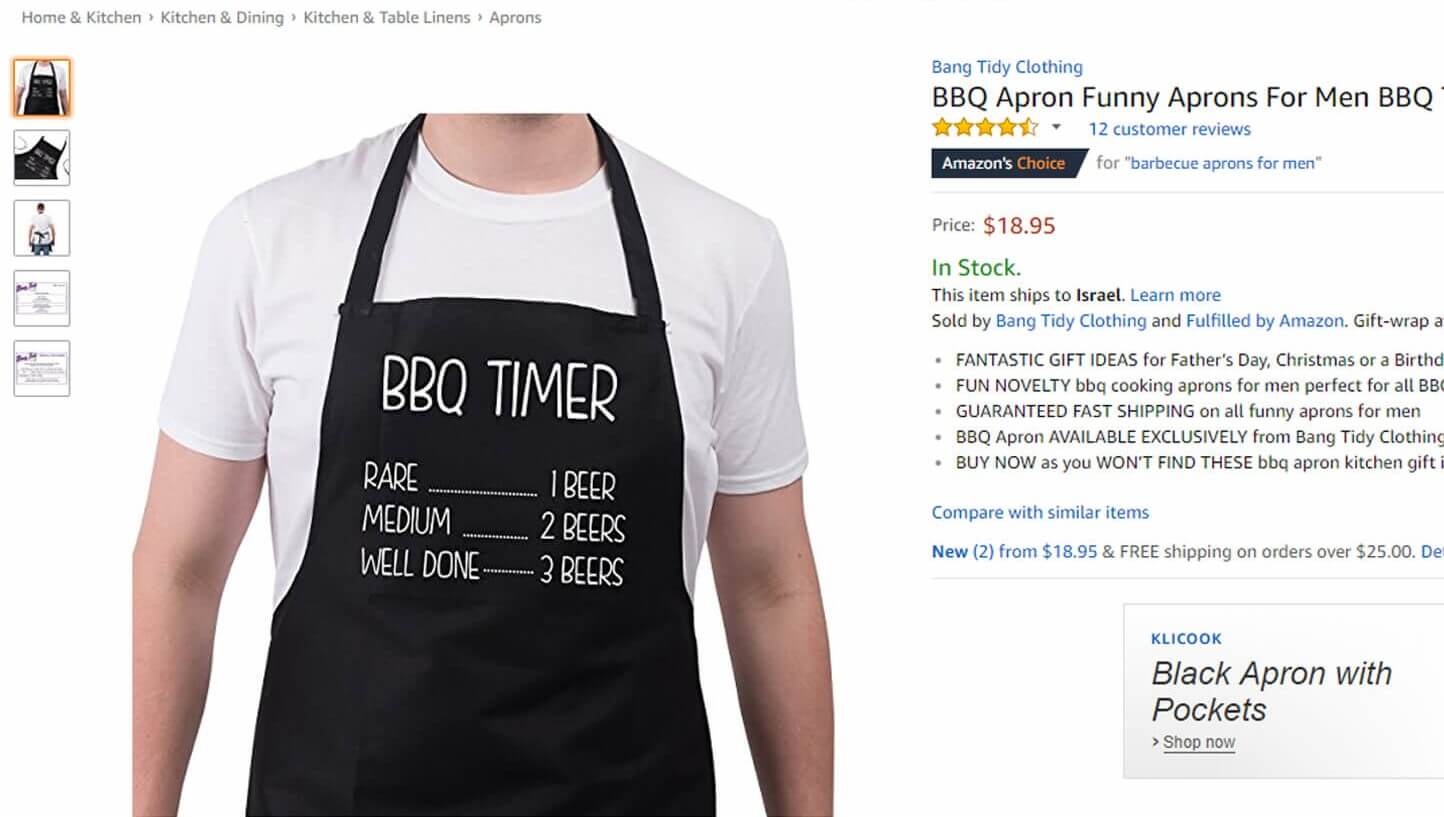 When spring rolls around, people start remembering that summer is around the corner and of course start remembering that in summer, you go to the beach and wear exposing clothing such as bikinis and bathing suits. Time-strapped people start scouring the internet for home exercise equipment and gadgets in one last desperate attempt to be in shape for beach season. Items such as:

Start selling off the charts. 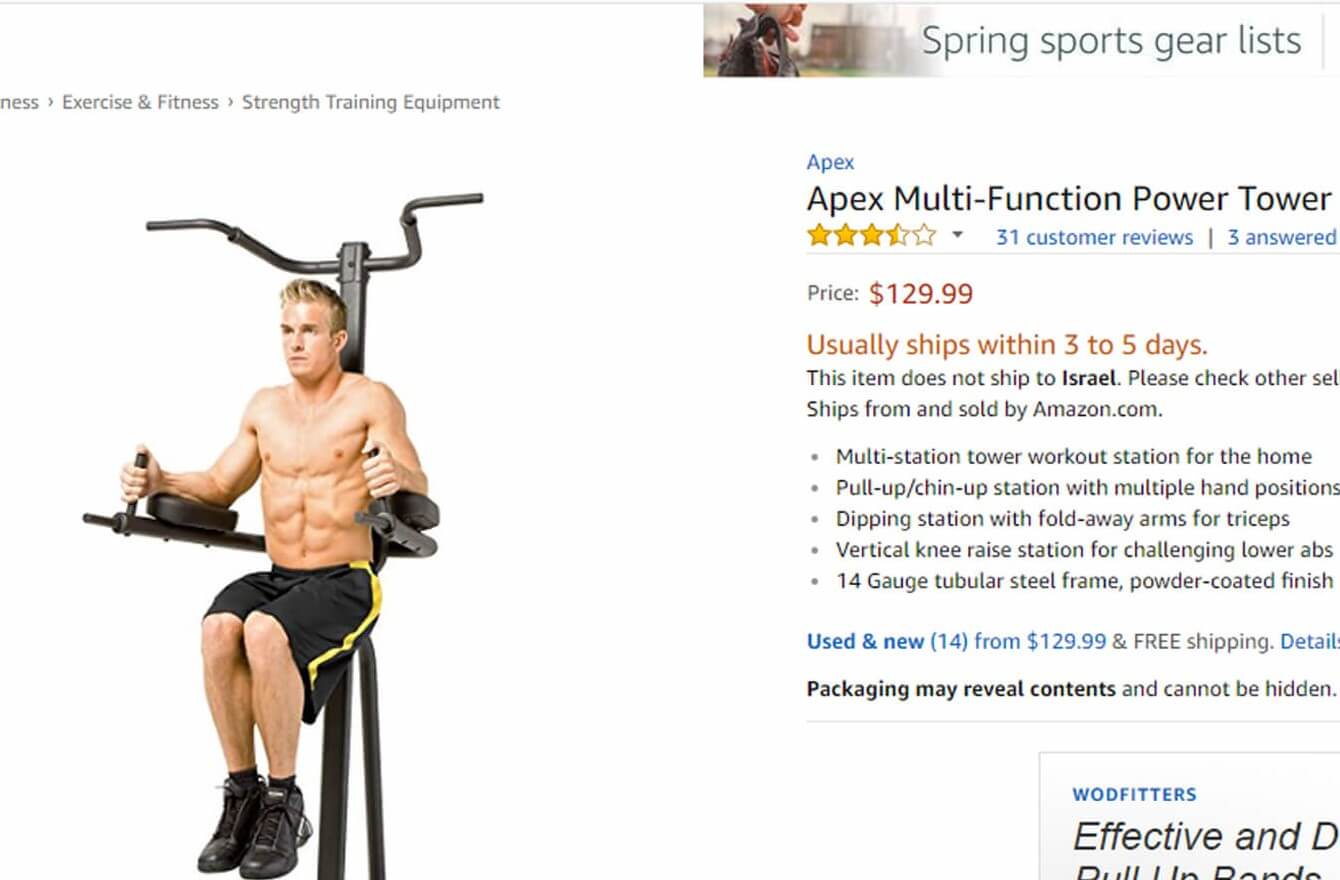 Up until now I discussed which items are top selling on Amazon in the present and the past but one final aspect to consider is future product trends.

Which products will be top 100, 50 or even 10 on Amazon in 2020 ? In ernest, nobody knows conclusively, but educated predictions and analyses hold a special place in the world of business and e-commerce.

One way for small e-commerce retailers or large companies to test the waters and see if a product has real market demand without laying out hundreds of thousands of dollars is using crowdfunding platforms. Ranging from Kickstarter to Indiegogo and beyond, in recent years success on these sites has translated into immense success on Amazon and eBay. This is one key metric to keep in mind among others when trying to predict e-commerce trends on Amazon.

Here are 3 items which have a high potential of becoming top selling products on Amazon in 2020:

Cubioo, a small, portable and user friendly laser engraver is a perfect example of a crowdfunding success which is starting to gain traction on Amazon. The product raised close to $800,00 dollars, way beyond its $25,000 original goal on a crowdfunding platform. The enthusiastic response has pushed this product into Amazon prime and is currently rated with five stars and has received rave reviews. This is a very niche oriented, highly affordable product which may very well gain traction on Amazon over the course of 2018. 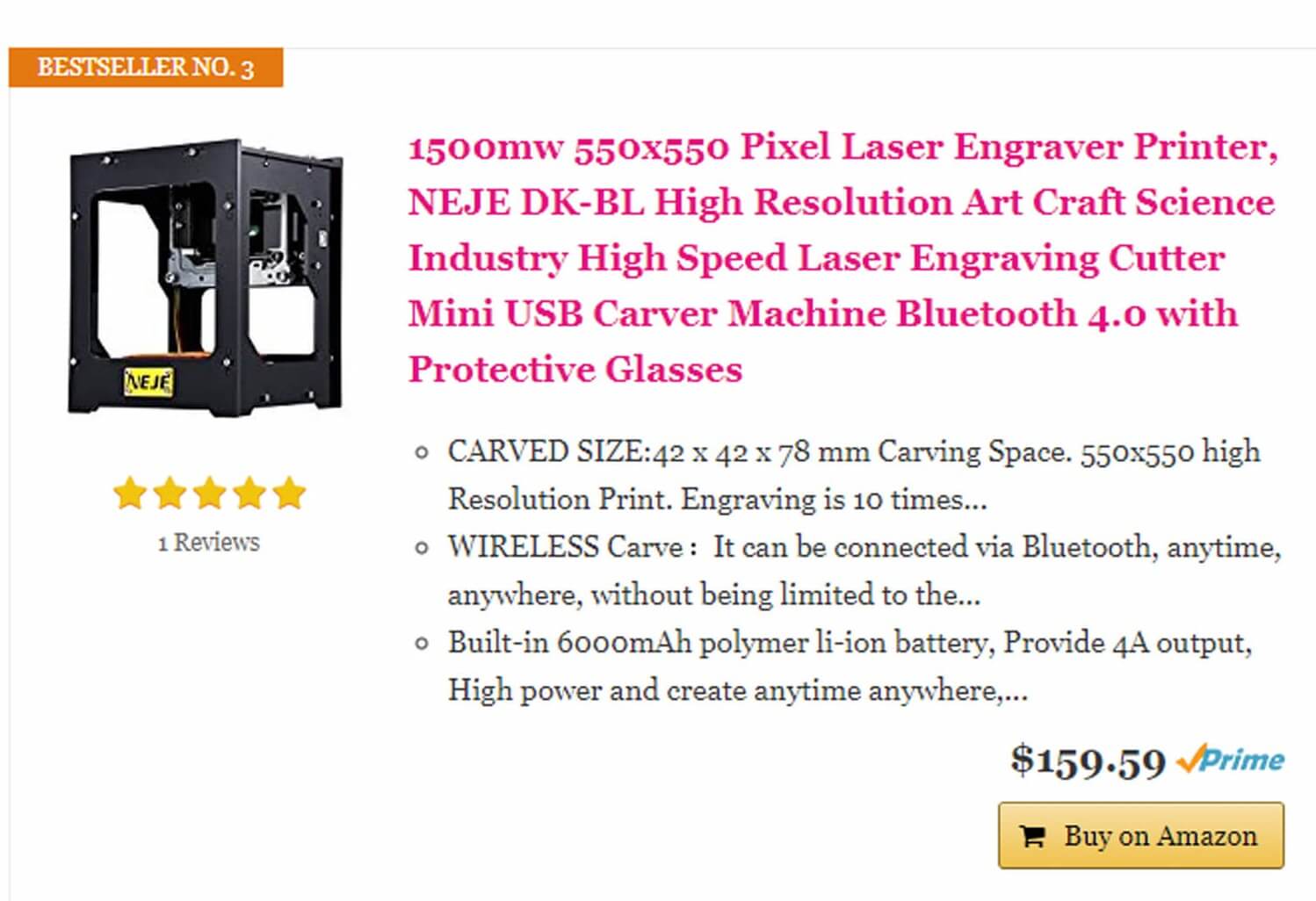 Now, at first I too was very skeptical about this product but an open mind and a little background check helped win me over – as they say, the kids got potential! Q Tips are becoming passée as people are ever more conscience of personal hygiene – ear wax removal kits are gaining popularity especially since 2016: 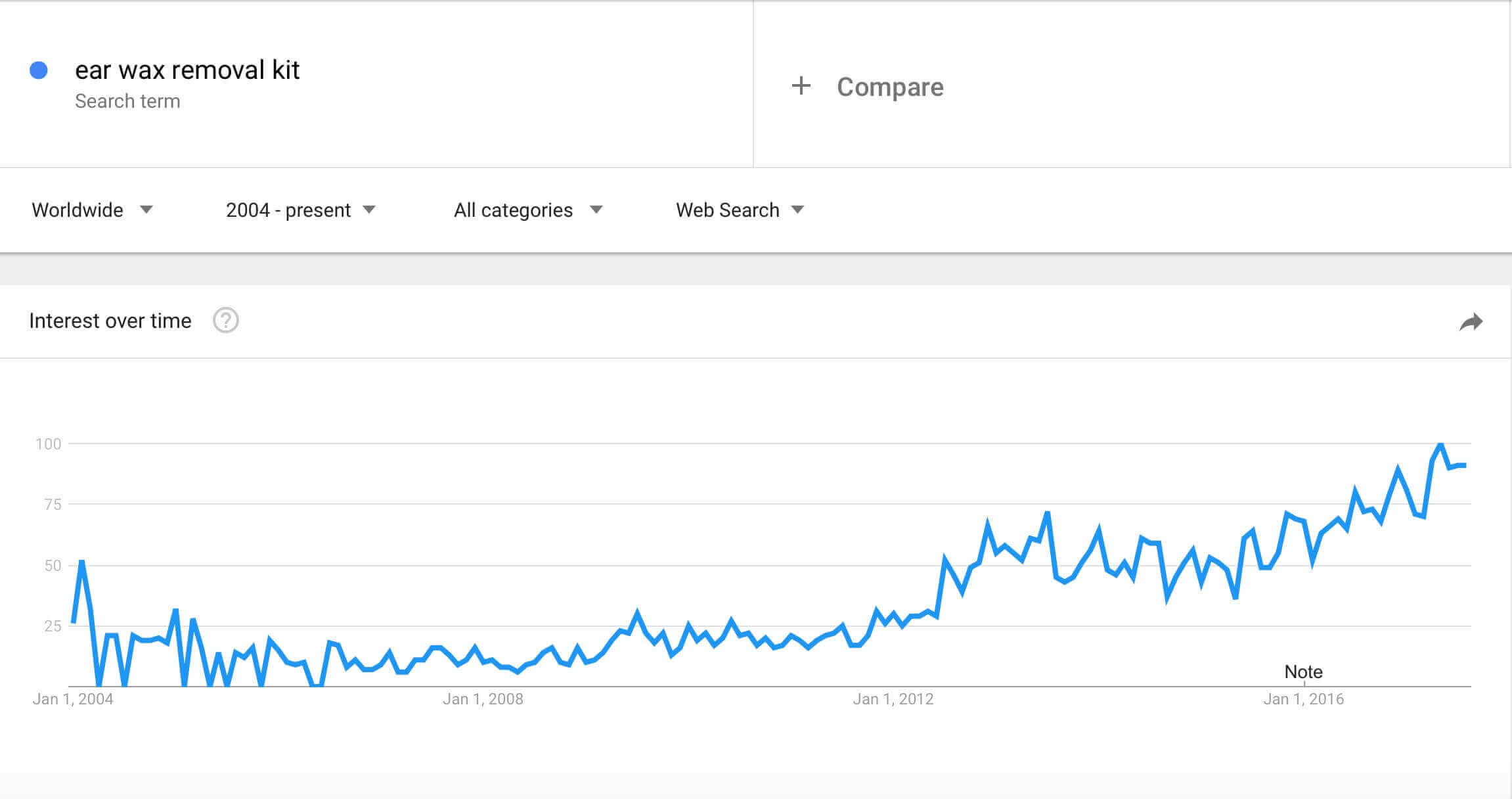 A relatively new company which started on Kickstarter called ‘Eeears’ has seen great success with over 5,000 backers and 128,000 Pounds in funding and counting.

Some retailers are starting to enter the market on Amazon. This could be a great opportunity to enter the personal hygiene market and tap the early adopters market. 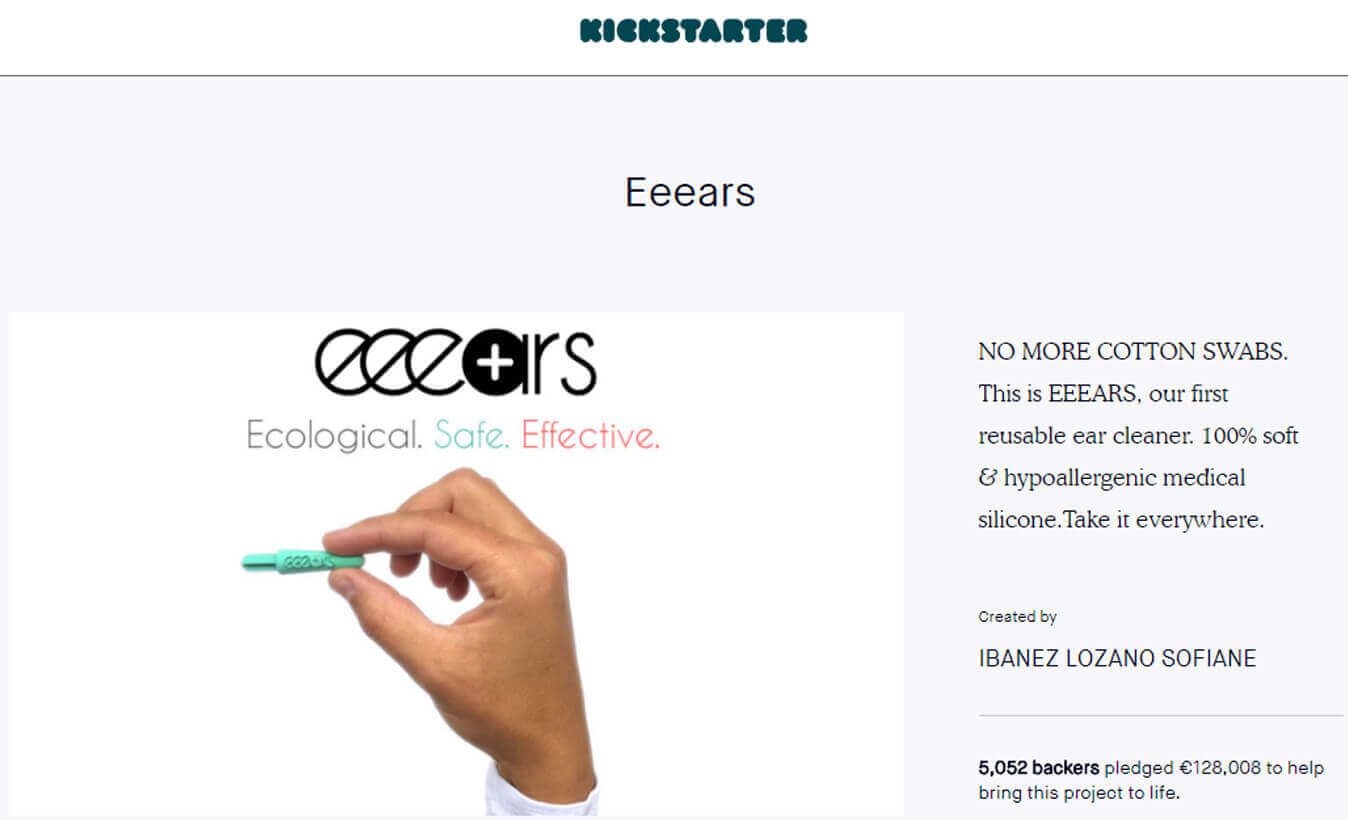 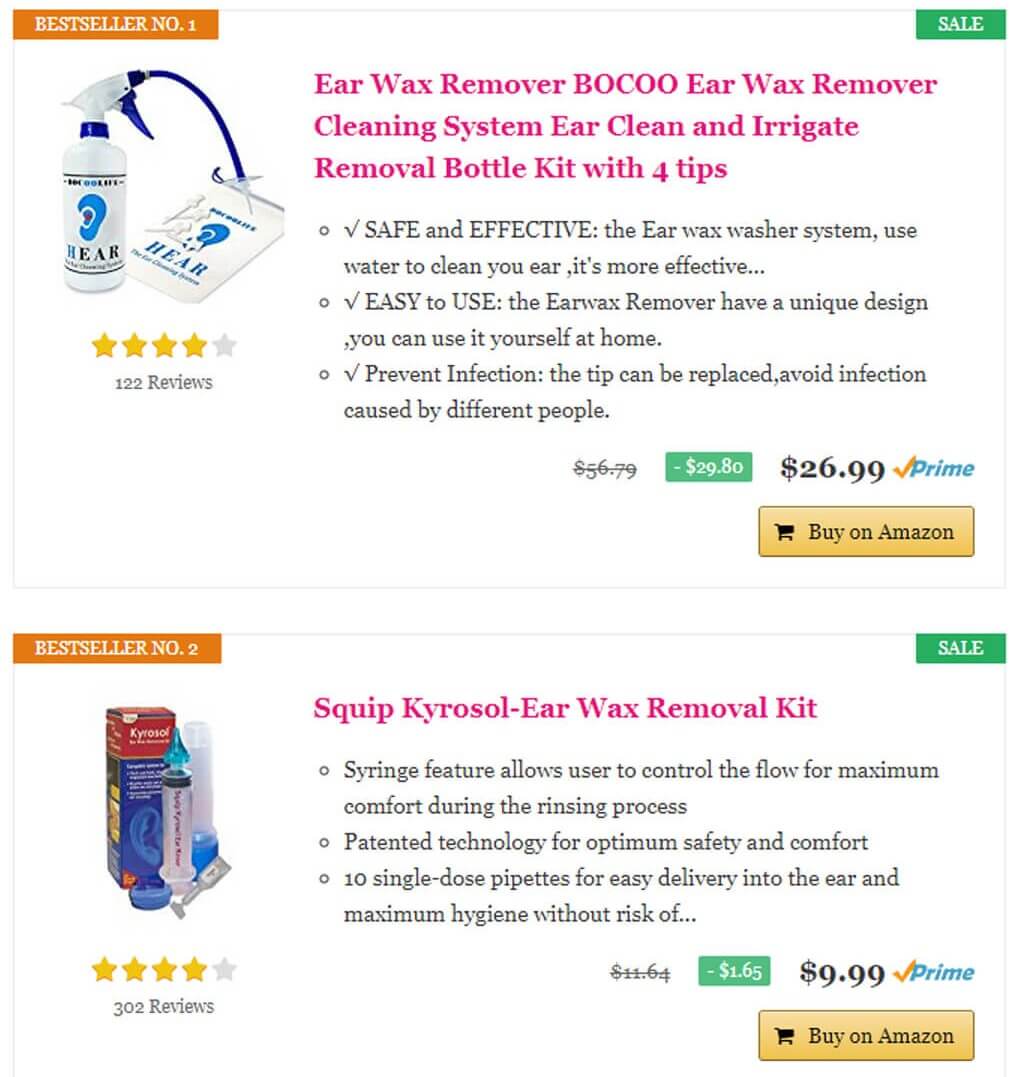 When asking yourself why VR products and gadgets have such huge potential in e-commerce and on Amazon in the near future consider the following: 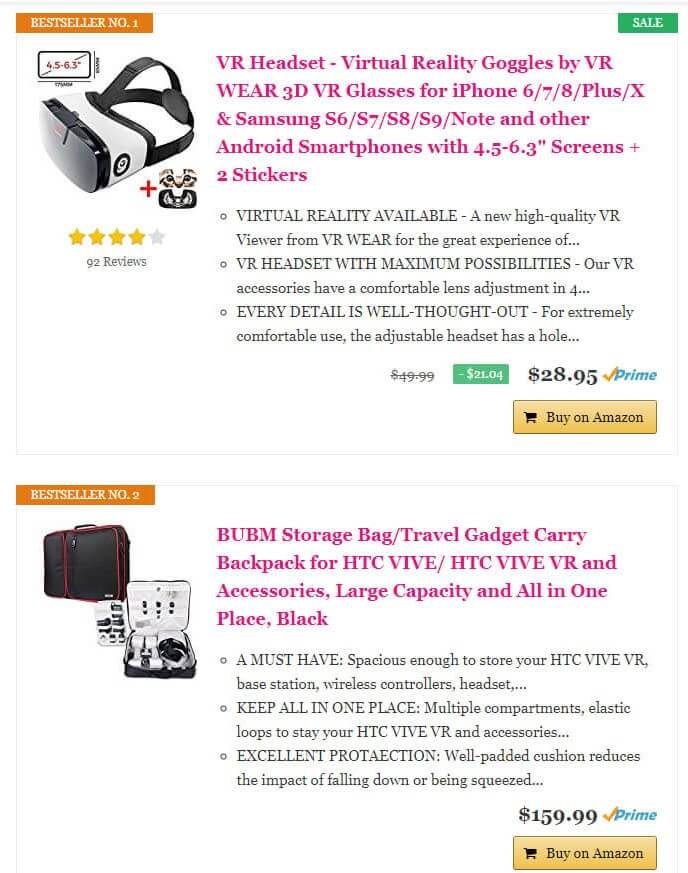 All in all VR has a lot of additional retail potential on Amazon in 2020 as a top seller. I would personally put my money on this horse. 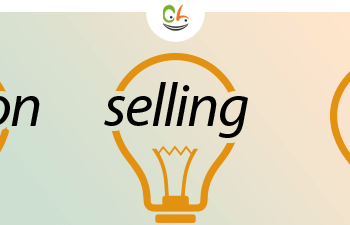