How We Sourced Awesome, Reliable Dropshipping Suppliers for Our eBay Business

During the first few years we were purely using drop-ship suppliers, relying heavily on them for our success. In this post we’re sharing how we sourced and partnered with awesome, reliable dropshipping suppliers for our eBay business.

Being Israel based eBay sellers means we have only a tiny local market to sell to. With the main eCommerce action being overseas, the only option for us to kick start our business with a $0 budget was to rely on dropshipping suppliers from abroad to do all the logistics for us.
Here are three tactics we used to source and build successful long-term partnerships with our suppliers:

Look under your nose

Pop quiz – Where can you easily find 25 million dropshipping suppliers; who have the logistic solutions to fulfill your orders with no minimum purchase quantities; and whose performance you can easily measure prior to doing any business with them?
Answer: eBay! 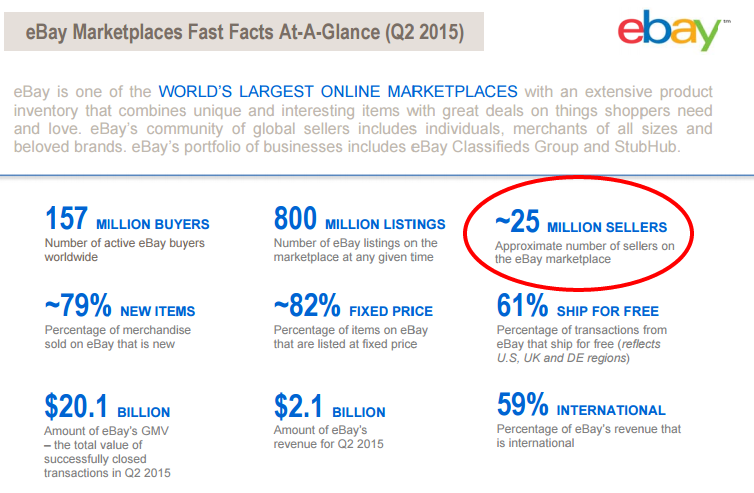 In one of our first post on how to sell on eBay, I spoke about how I purchased a pretty decent GPS device from a Chinese eBay seller, and was positively surprised at how good the product was compared to what their very basic eBay listing conveyed.
At the time Max and me were busting our heads, trying to figure out how to source good products and suppliers. And then it hit me! I remember calling Max and saying: “We are going to dropship the exact same GPS directly from the same eBay seller, but we will create an amazing eBay listing that will convey the true quality of the device!”

The GPS seller – Jamin, who became a good friend of ours over the years, was selling the GPS on eBay for $100. We started buying them from Jamin directly (paying with Paypal) for $70—and selling them on eBay for $120+ using a template that we constantly optimized.
6 months later we won an eBay award for having the highest conversion rates. We were selling more units, for higher prices because we managed to convey high value in our eBay listings (more on that in this post).

Step by step guide to find dropshipping suppliers on eBay

First you have to decide which products to research. Let’s say you’re looking at selling computer related products and you want to source a supplier for Tablet PCs.
Drill down to the Tablet category on eBay and then filter the results to show only:
1. New items.
2. Suppliers from around the world (you don’t want to miss out on a potentially awesome supplier just because he’s located outside the US).
3. Sort prices by “lowest price+shipping,” you want to find those who sell for the lowest prices because chances are higher that they can offer you more competitive prices.
4. Choose ‘buy it now’ to avoid the auction sales for which you don’t know the final price.
5. Choose the minimal reasonable price for the category you’re in, for tablets that would be around $70.

Once you have the results, start going over the suppliers that offer the lowest prices on these Tablets and look for basic information about them that will help you understand how reliable they are.
You need to look for:

1. The number of feedbacks they have – it doesn’t have to be in the thousands, a few hundred can be just as good if other parameters are good as well.
2. Number of recent sales – this one is important because a seller can have 100,000 feedbacks but only 3 in the last six months, which basically means that he’s not selling anything on eBay lately. That is a sign that he is not relevant.
3. Feedback rate – 99% or higher is my personal benchmark but I won’t disqualify a supplier with 98.9% if I see that he bothers to reply (professionally!) to every negative bit of feedback, that shows that he cares enough about his reputation to explain his side. The number of revised feedbacks is another indication of how much the supplier cares about his feedback rate since revising feedback can be tedious at times, especially with a stubborn customer.
4. How long has he been a member on eBay? Personally, I think that if a supplier has been selling on eBay for at least a year and has good feedback rates with many recent feedbacks then he’s proven that he can sustain a business on eBay. 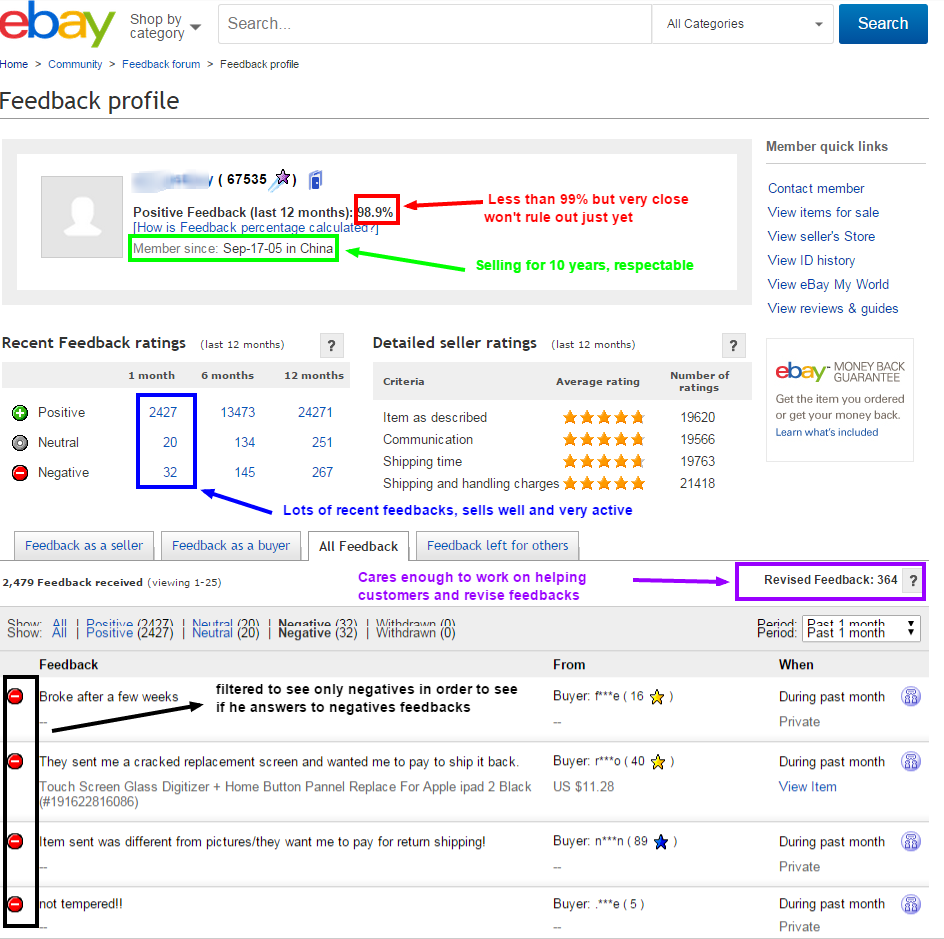 A quick note – It’s against eBay’s policy to ’close a deal’ outside of eBay, because eBay are then not getting their fees. I had Jamin’s email because I had made the initial order via eBay. I strongly advise against negotiating with eBay suppliers directly on eBay. You can ask for contact details, but do the actual talking outside of eBay to avoid any misunderstandings.
We actually generated significant fees for eBay, purchasing from Jamin directly and selling back on eBay.

Key Takeaway: You can source suppliers on eBay with relatively little effort and risk. Look for reputable suppliers and products that generate sales but have basic, unappealing listings. Think you can create a much better listing? Go for it! – We’ve generated more than $100k a month in sales this way (never once visiting the post office).

[added on Aug 17th] Following several emails I’ve got, here is a sample message we sent to potential dropshipping suppliers:
“Hi John,
I’d like to discuss a possible business opportunity with you.
What’s the best way to reach you for a quick chat?”

It’s straight forward, and you’re asking for contact details to continue the discussion outside of eBay.

We got excited about the business opportunity and began sourcing more dropshipping suppliers directly from eBay, it was really easy to see which ones are reliable (feedback profile), and by checking their sales history we could see what products were their best sellers. Our next line of products was ’Leatherman multi-tools.’ This time we partnered with a U.S. based seller named Yehuda (yeah, naturally he turned out to be a Jew), who had a wide variety of sporting goods, but only shipped within the US.
Researching international eBay sites we learned that there were significantly higher prices on eBay Australia, France, Germany and UK for these products (More on price differences between eBay sites in this post), so we listed on international eBay sites – with Yehuda happily dropshippng for us.

For the sake of this post I went ahead and did a little live research, it took me only a few minutes to find this:
“Leatherman Multi-tool Charge TTI,” lowest price on eBay Germany: 219 EUR ($242 USD).

I went to eBay.com and found this:

The interesting part is that the Australian seller doesn’t list on eBay Germany!
Why? – Because he doesn’t want to have to cope with the German interface, Customer support etc. We would contact such sellers and offer to resell for them on international eBay sites.
It’s possible to find even better prices from more suppliers who don’t currently indicate that they can ship to Germany because of the reasons I’ve mentioned before.
We’ve built a whole product line on these differences, on some occasions we created so much sales volume that our suppliers decided to start selling internationally themselves!

Takeaway: Find U.S. based Jewish suppliers who don’t ship internationally and… nah just kidding!
Find HOT products that only sell locally, offer the supplier to be their ’International arm.’ All they have to do is pack and ship – exactly what they are doing domestically already, you’ll deal with the French customer support (It’s nothing really in the Google translate era).

This is by far the best method to meet awesome dropshipping suppliers and build long lasting relationships.
Exhibitions are great natural filters – you only get serious suppliers who dedicate the time and resources to present in an exhibition, and only devoted sellers who are willing to invest the little extra needed to attend exhibitions and meet real suppliers in the real world.

In 2012 we invested about $750 (each) to attend the IBC (International Broadcasting Convention) in Amsterdam. We returned home with more new contacts than we could handle, and thousands of new products to sell. We had to hire two extra employees to help us list the new products on eBay.

Attending the same exhibition the following year resulted in two major milestones for us –
1. We signed exclusive distribution rights in the UK for a well known and respected Korean brand.
2. After inviting them to dinner, and sharing a few glasses of wine that helped to bring our hearts and minds together – we managed to secure a $10,000 credit line from a leading Chinese brand – that was not even willing to discuss the matter previously.

We could have never achieved the above by email / Skype / phone. To put it simply – there is no substitute for face to face meetings, 93% of human communication is non-verbal! 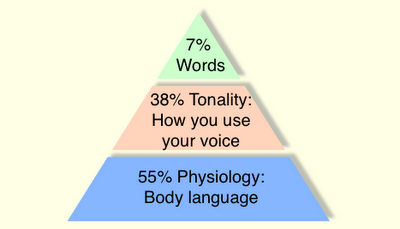 93% of human communication is non-verbal!

The well known clinical psychologist Dr. Ana Nogales says: “Our facial expression, physical gestures, and the emotional tone in our voice alter the meaning of our words, which is why it is very difficult to express ourselves fully and authentically in an email or text – or even in front of a Skype screen. So when we forego face-to-face encounters in favor of screen-speak or emailed or texted words, our friends receive only a partial message. What’s missing are the feelings that inform the words.”

Mingling with our eBay suppliers

Mingling with our eBay suppliers

I know a 55 year-old eBay seller from Israel who generates $200k a month selling cell phones, with barely any English and little computer skills. But he makes it a point to attend a major Chinese tech conference once a year to maintain warm personal relations with his suppliers; he calls them “my brothers” and trusts them like family. These relationships are his ‘secret sauce,’ his suppliers are going out of their way to help him succeed and constantly source the best products at the best prices for him.

Key Takeaway: By attending exhibitions you are getting out of the pack, and going the extra mile needed to really take your business to the next level. Anyone can send emails from his couch, the really good suppliers get 10’s and 100’s of emails every day.
Talking to suppliers in person shows both parties that you are serious about your business, and usually opens up opportunities that are impossible otherwise.

Inspired by Pete Sampras’s ‘Letter to my younger self,’ Max will be writing to his “younger self” – a 31 year-old eCommerce expert giving tips to his 25 years old self. I’ve read the draft – Fascinating! 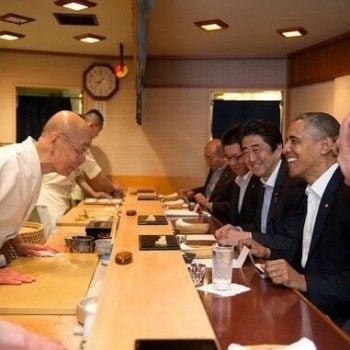 Why would anyone dropship when they can be the e-tailer themselves? 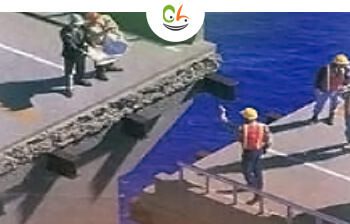 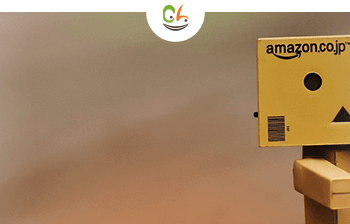